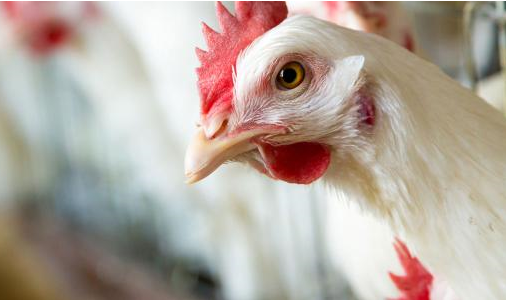 Poultry disease
in all its forms is one of the biggest challenges that breeders face and that it may cause The entire farm and cause huge losses to breeders which requires them to be aware of these The diseases you deal with to protect the farm and reduce losses are just as much.

These problems that occur during the different poultry stages can be divided to :
pathological problems :
They are usually found in the form of a rise in the rates of excellence and are often due to
– Virus infection (Newcastle, IB , influenza …).
– Or bacteria (mycoplasma, Clostridia, salmonella …)
– Or parasites (coccidiosis, …)
and
Unsatisfactory problems: They are often in the form of general weakness in weights and growth rates and transformative efficiency or in the form of a decline in egg production and quality.

These problems are usually caused by:

1. Poor management:  such as poor care and education systems and failure to follow health procedures and preventive.
2. Or due to inappropriate environmental factors.
3. It may also result from poor-quality feeds that are not complete nutrients Necessary for the good growth of the bird.
4. It may also be from the source of the chick itself.
5. Usually these problems are due to several factors interfering with one another to appear the problem as a final outcome.

The most important ways of spreading poultry diseases including those related to the bird itself or the surrounding environment with it transmitted by either:

1. Eggs: there are diseases such as salmonella and white diarrhea and mycoplasma is transmitted from Mothers who are sick or carriers of the infection of the fetus while still inside the egg to hatch sick or Carrier of the disease.

2-Hatchery Factor: the infection is transmitted from diseased chicks to healthy chicks at Hatching while ( E-coli – Salmonella and others).

3) Wards: Lack of attention to the cleanliness and disinfection of wards before receiving new batches of chicks, it is It leads to infection with some endemic diseases from previous cycles in amber and it is a source For healthy bird infection.

4-Air: Respiratory diseases are transmitted from infected birds to healthy birds by The microbes spread with the spray coming out of them with sneezing or coughing, then spreading in the air inside Amber, the most important diseases that spread through the air: chorea disease, poultry cholera, Bronchitis, Newcastle … etc.

5-Glaucoma (taking out birds): we often find that bird glaucoma is a source of contamination to bedding, where Often the eggs or vesicles that cause some diseases are excreted with glaucoma, and hence spread Those diseases such as: coccidiosis and white diarrhea by contaminated bedding, so it is preferred Permanent attention to cleaning and drying the mattress, and changing the wet parts always, periodically

6-Wild birds: Most wild birds are carriers of many diseases without being infected, It can transfer the disease to other healthy birds, so that the latter develop the disease, as well as some Birds that are recuperating from some diseases will be a source of infection during this period In the case of cholera, chorea, influenza and others